Solar systems in the Suski Poviat

Solar system for the local hospital

Lower emissions by 4462 tons per year

Donors:Regional Fund for Environmental Protection and Water Management in Kraków

We protect the Babiogórski National Park

We protect Babia Góra, a Biosphere Reserve listed by UNESCO

We protect NATURA 2000 areas – Babia Góra, Na Policy and others

It is a typically mountainous region with forests, taking up almost 50% of its area, being the local natural resource.

The southern part of the poviat, which has the highest altitude, makes the Beskid Żywicki mountain range, which can be divided into three smaller geographical units:

The range of Babia Góra with the highest peak of the entire Beskidy Mountains, Babia Góra (1725 m),

The river basin of the Upper Skawa has varied landscape. In the Babia Góra Mountain Range the climate is harsher, the stony soil dominant in the mountains turns into clayey and stony soil in stream valleys. Because of the landscape features, significant parts of this area are difficult to access even today. In the mountain ranges of Beskid Mały and Beskid Makowski the climate is milder and flat mountain river valley bottoms are rich in more fertile brown soil. Lower altitude and less steep slopes have always made these mountains conducive to human migration and settlement.

Natural and cultural values of the poviat as well as its landscape make it an attractive destination for tourists and holiday makers. There is a well-developed network of tourist trails and increasingly more numerous bike routes as well as constantly growing accommodation possibilities.

In order to protect the unique landscape and natural value of the Babia Góra Mount, the Babiogórski National Park was established in the southern part of the poviat in 1954. Many rare and valuable animal species have their habitats in the area of Babia Góra, which includes 166 vertebrate and 2440 invertebrate species.

Endemic Carpathian animal species include: the pine vole – a rodent, and Gaurotes excellens – a beetle. The brown bear, the lynx and the wolf are among the valuable European mammals. The place is also a bird sanctuary and the species found here include the capercaillie and the black grouse – two forest grouses as well as owls: the Ural owl and the eagle owl.

The Babiogórski National Park  was included in the international World Network of Biosphere Reserves of the MAB Programme as early as in 1976.

The list of species under protection includes those listed under the Berne Convention (1979)  whose aim is to conserve the wild flora and fauna and their natural habitats which require cooperation between states.

The following NATURA 2000 protected areas are located within the Suski Poviat:

A virtual walk around the Suski Poviat > see 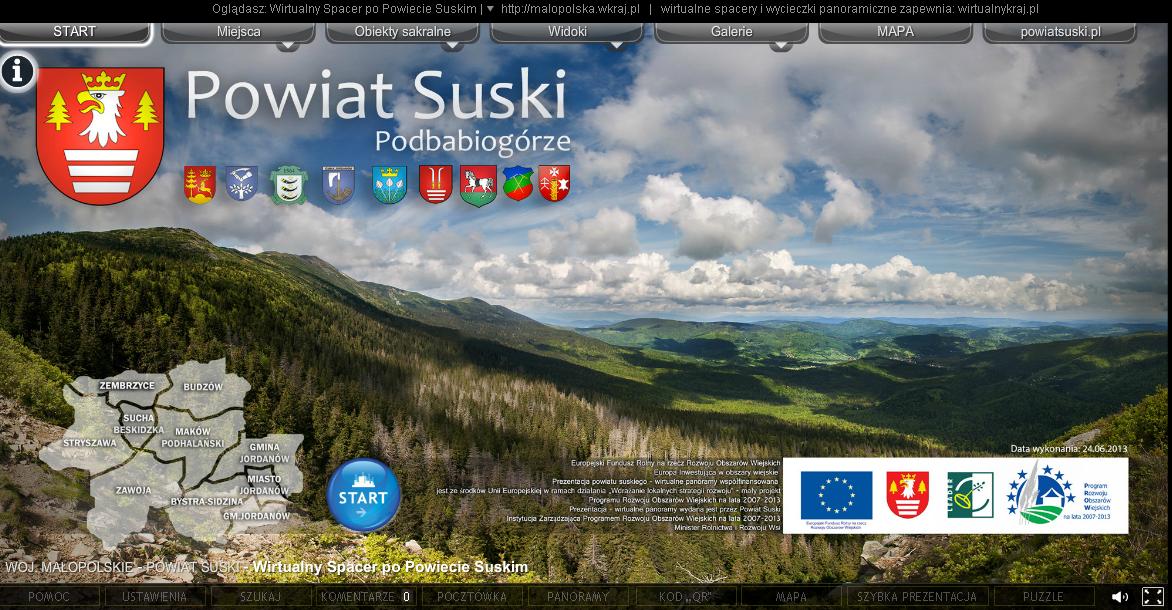